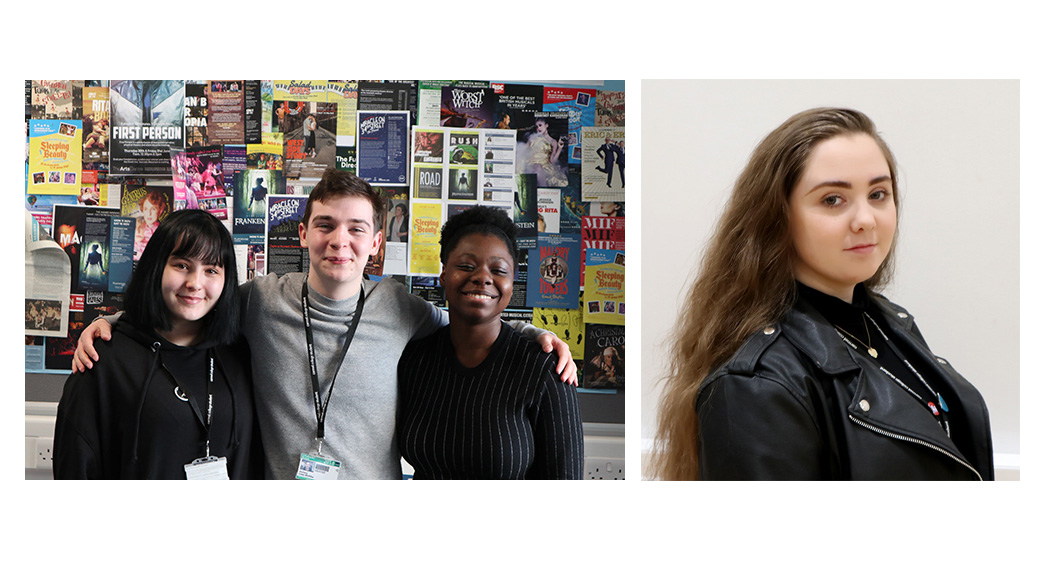 Four of Carmel’s talented A Level Drama and Theatre students have recently secured places to study at prestigious drama schools.

Kate Wilson, Zachary Lowe-McAlley and Appointed Oyediran all have offers for ALRA (Academy of Live and Recorded Arts) Drama School! The admissions process is extremely tough and involved our students taking part in auditions here at Carmel. When they heard the news of their places to study the BA Hons Acting course, they were all really pleased.

Zachary studies Drama and Theatre, English Language and English Literature at Carmel. He said “I’m absolutely delighted to have been accepted onto ALRA’s BA Acting course, studying for three years in London. As well as working tirelessly, I also stayed behind for hours after college regularly and feel I can now reap the rewards. I’m so glad I continued to pursue my goal. I must say thank you to my drama teacher, Erinna, for her continued support and help. Without her, I wouldn’t be where I am now!”

Kate studies English Literature and Psychology alongside her A Level Drama and Theatre course. She couldn’t be more excited to have received a place on ALRA’s three-year BA Acting course at their North campus in Wigan. She commented “Drama school is something I’ve always dreamt of and after many rehearsals and audition attempts, it seems surreal to be able to say I’ve achieved my goal and can look forward to what I’ll be doing this September.”

It’s also great news for Upper Sixth student, Olivia Davies, who has received an offer for the BA Hons Scenic Arts course at the acclaimed Rose Bruford College of Theatre and Performance in London!

Head of Performing Arts, Erinna Delaney, said “All four students have worked tirelessly to reach their aspirations of moving on to highly established destinations. There are hundreds of applicants for drama school places so it’s a fantastic achievement. I’m really proud of them! We also have more students hoping to receive drama school offers in the coming weeks which is really exciting.”

Undoubtedly, these students have worked really hard to gain their drama school places. We’d like to congratulate them all and wish them the very best of luck for the future.