Former student Abbie Brennan, who left Carmel in 2015, is now working at the Imperial War Museum!

When we caught up with Abbie, this is what she said:

“After Carmel I studied Digital Filmmaking at SAE Institute in Liverpool, which gave me a really fun, hands-on experience of actually making films. When it came to my final major project I became really interested in how film is preserved. Before digital cameras, everything was shot on rolls of film, some of which degrades very badly and can even be very flammable!

“After Uni, I was so passionate about film preservation and media archiving that I did a traineeship, through the British Museum. I worked as a Digital Preservation trainee, where I looked after digital files for the Museum of Liverpool. I then did a traineeship at The Imperial War Museum in Duxford, near Cambridge, where l worked specifically with the film collection. After 9 months they promoted me to a full-time permanent position!

“At the moment I make repairs to old damaged film reels. I then scan them at a very high resolution (4K) for preservation purposes. I also send them out to external clients.

“So if you see any war-time footage on the TV or in a movie, it probably came from us! Our footage was used in the Peter Jackson film ‘They Will Not Grow Old‘. We have also just had a series on Channel 5 about the work we do – just to show off a few of our achievements!”

In her A Levels, Abbie achieved an A in Film Studies, B in English Combined and B in Philosophy.

Abbie says: “At Carmel, I loved Film Studies way more than I expected to! It taught me so much, not just about film, but gave me lots of cross-overs with my other courses. You can learn so much about our society and the world around us by studying media, and film especially.” 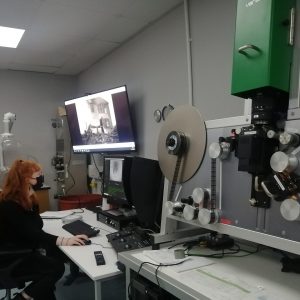 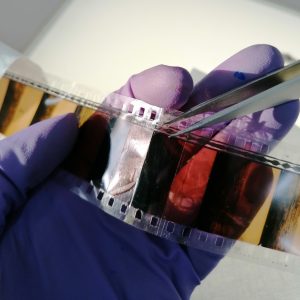 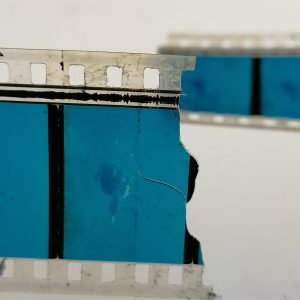 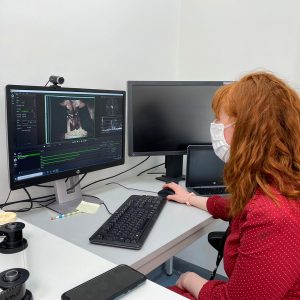