Both Foundation Learning teams did themselves and us proud at the Greenbank Tournament today. Team one was captained on the day by Adam Platt and Will Junaid lead team two. Team 1 started with a respectable 3-3 draw with Dan Smith scoring a hat trick after some excellent build up play from Jason Liggett and Adam Platt.

They played exceptionally well throughout the whole game, winning 9-1 The team then scored 9 again in their third game winning 9-0 goals. In their final game they played the other Carmel team winning 5-1. Amazing effort and well done!

Team 2 played excellently as a team and never gave up, despite some very tough matches against some good opposition. In game one they were unlucky to lose 4-3 to a late goal. Game 2 they came up against a team who were unbeaten all day in Greenbank Academy and gave an excellent show of themselves narrowly losing 3-1. The final game was a tense encounter with both teams pushing hard to finish the day with a win, unfortunately luck wasn’t on team two’s side.

Overall, some brilliant performances from both teams with Daniel Smith winning Man of the Match for team 1 after finishing the day with 13 goals and the top goal scorer in the competition. Ryan Walsh won the award for team 2 after some much improved performances which included his first goal for the college, with both Daniel and Brandon Greaves running him close. 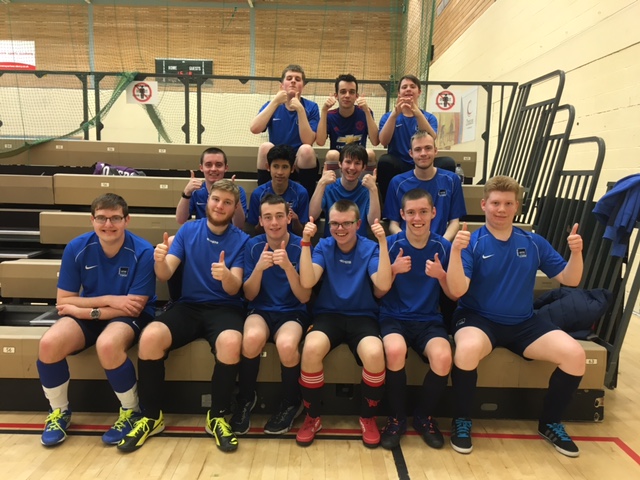