Holly, who is currently studying French, Law and Psychology at Carmel, was chosen to represent Great Britain in the LEN Women’s Under 17’s European Water Polo Championships.

The competition took place in Croatia this year and the team arrived a few days early which allowed them time to admire their beautiful surroundings before training started. The team would train for two hours a day outside in the pool, which is a very different environment to what they are used to, especially training in the sun. During the competition the girls came 5th in their group and in the second stages won both matches against Turkey and Romania, what a fantastic achievement!

Holly says, “To be selected for the final squad was an amazing experience. I had been training with the girls for about 4 years, which included us going on a few other trips together, including Hungary two years ago where we all bonded as a team. This summer we travelled to and from Gatwick airport and when we arrived we had to have a Covid test done and were continuously tested throughout the competition to ensure it was safe to continue playing.

Because of Covid restrictions we were not allowed to leave the hotel and had to stay away from other teams for the first few days, but were eventually allowed to share the pool sessions. We got talking to some other countries and during the evenings at dinner everyone got on really well despite being in competition with each other, we even had the privilege of meeting a Spanish 16 year old girl, who competed in the recent Tokyo Olympics for Spain who we have kept in touch with!”

We asked Holly what she plans to do next, “I will be training for the Under 19s squad and plan to hopefully compete next summer in the European Championships again against older girls and hopefully meet some different teams.”

Well done Holly, we will be rooting for you!

*Holly is the first from the right in the Banner image* 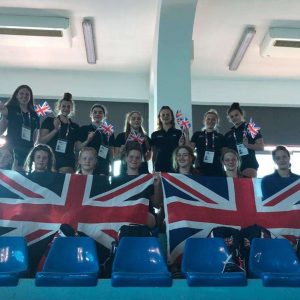 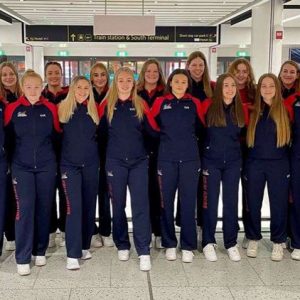 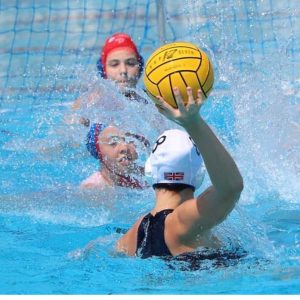