Former student, Andrew Morgan, who left Carmel in 2015 after studying A Levels in French, Spanish and Geography, has been in touch to let us know about his time studying at the University of London Institute in Paris (ULIP)…..

Bonjour and hello, after my two amazing years at Carmel and having been inspired from my participation in the French exchange, I decided to take the leap over the channel and study in France. Daunting as that sounds, I was going to the University of London Institute in Paris (ULIP). Over the past three years I have studied a broad spectrum of French literature, linguistics, history and politics. It was much more than just the language but a further exploration of the culture and society. Studying French in Paris was great, just walking outside of the building and being in France, studying the revolution and going to the famous sites. I have met a wide range of people from all over the planet and have learnt so much about different cultures and languages.

Carmel has had a lasting impact on studies. Four years after taking part in the college exchange I am still in contact with my old exchange partner and French people who participated. I was given the opportunity to help out during my exchanges by creating various Facebook pages and links between the students. This inspired me to apply for an internship at EF (Education First) and following this I applied for a job as junior sales consultant for the French market in Barcelona, where I will be moving in August. My Spanish is a bit rusty but I still have all my notes and contacts to help me improve.

Carmel College is a stepping stone to greatness, take part in every aspect you can because you don’t what it could lead to. 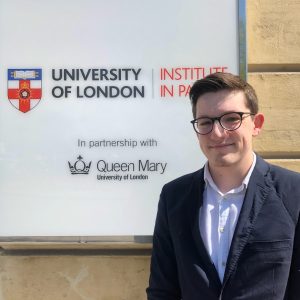