Congratulations to former Philosophy student, Josh Hibbert, who has received the University of Liverpool’s Academic Achievement Award for having the overall highest degree mark in the Philosophy department!

This isn’t the first award Josh has received whilst studying at Liverpool University. Last year, he was awarded the Edward Rathbone Prize for Best Overall Performance of Second Year students. Both incredible achievements!

Josh said: “Studying at the University of Liverpool has been fantastic! Both the city and the university have a thriving Philosophical community, allowing me to flourish academically. My favourite part of university was the final year dissertation. I wrote it on Immanuel Kant and for which I received a special commendation and its publication in print.”

Josh is getting ready to return to the University of Liverpool to study a Masters of Research, where he will be working on 18th and 19th century German Philosophy. He has a very exciting future ahead of him and plans to continue studying Doctoral Study and Academic Publishing after his Masters. After university, Josh intends to become a Lecturer in Philosophy.

Reflecting back on his time at Carmel, Josh says; “Studying Philosophy at Carmel was instrumental in sparking my passion for the subject and allowing me to develop the skills I needed to excel at university. The Philosophy staff at Carmel are excellent at making Philosophy both accessible and interesting for students; this is one of the many reasons I look back at my time at Carmel fondly.”

We wish Josh all the best of luck for the future! 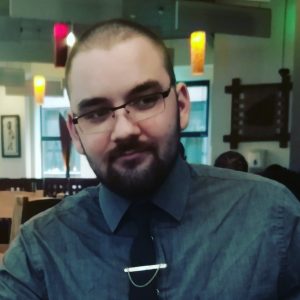