Five contestants spoke on a range of themes including Have you got time?; A ‘People’s Vote’ is the last thing this country needs; and The social media frontier: an ongoing battle for our generation. Carmel student Michael Gibson chose the topic Is Freedom of Speech still an absolute?

All of the students spoke with eloquence and confidence and impressed the judges and audience. But there could only be one winner on the night and that was Nadim Haque from The Catholic High School in Chester who chose the theme The three major steps to conquering worry.

Congratulations to Nadim and to all the students for rising to the challenge and getting involved in the competition.

Serving drinks during the evening were Taylor Prescott and Lewis Chorley, two of our students who were raising money for The Steve Prescott Foundation. We are really pleased to say that they raised £262. 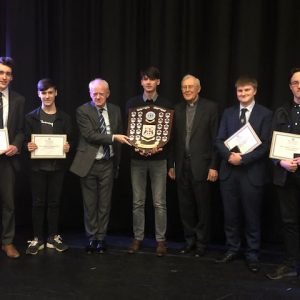 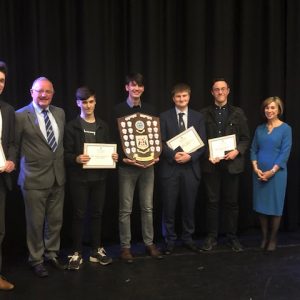