“When applying to Universities I wished to combine Maths with another subject and the course that appealed to me most was Maths with Ocean & Climate Studies at the University of Liverpool. However, I did not obtain the required grades at A level after studying Maths, Geography & Economics.

Rather than repeating my A levels, I was given the option of a Foundation year at Carmel College where I took Maths, Geography & Physics. Previously I had only studied Physics as part of general science at GCSE level. I enjoyed my year at Carmel where the staff are friendly and helpful and treated us as University students. I passed the year and progressed to my chosen course of study.

I spent three great years in Liverpool, both working and playing. Now I have got an Honours Degree in Maths, from a red brick University, I know I made the right decision in going to Carmel.”

“I received disappointing results in my A levels, this course offered an alternative path to University. I enjoyed the course this year and feel it has increased my knowledge, better equipping me for my degree in Zoology next year”.

Ray entered Carmel in October 1997 as a mature student on the Physics Foundation Course having worked for many years as an electrician. He graduated in July 2001 with a BSc (Hons) degree in Physics.

Ray said: “If it had not been for the Foundation Course at Carmel I would never have gone to University. My four years of study were hard, but I enjoyed every minute of it”.

“The Foundation Course in Computer Information Systems at Carmel College gave me the opportunity to go to the University of my choice. Liverpool was the place I wanted to study in and the reputation of the University was a good one. I studied for a combined Honours degree in Computer Science and Management.

Whilst at the University of Liverpool I got valuable work experience from Business Bridge, this was a real asset to my education as it added practical skills to the theory taught in lectures. I gained a 1st Class Hons Degree which made the four-year course really worth it. I now have a full-time job for a telecommunications company in the North West as their IT “.

“I have enjoyed my year of study at Carmel College as a Degree Student. I feel it has prepared me for the hard work that is ahead. I will now go on to study a degree in Computer Information Systems at Liverpool.”

“Undertaking a foundation year didn’t seem very appealing after attaining my disappointing A level results. I no longer thought I was cut out for University and did not want to waste another year of my life trying. However, I also did not want to get stuck in a dead end job, and I felt that a degree would give me better career prospects.

The foundation course was really good as it eased me into University life. I made lots of friends even though I lived at home, so when I started at the University, it felt less daunting.

The lecturers were really friendly. It was easy-going not like being at sixth form college. The subjects were explained really well and for the first time ever, I actually understood Chemistry.

I am glad I had the opportunity to go to Carmel as it gave me confidence in my academic ability, I have just graduated with a BSc (Hons) 2:1 in Genetics.”

“I found my foundation year at Carmel College really enjoyable both academically and socially. I was able to make numerous new friends in an environment which provided me with a taste for what University work and life involved. The staff at Carmel College were very supportive and easy to approach, always willing to offer help and advice if needed.

At the end of my foundation year I was grateful to be awarded a cheque for gaining the highest grades out of all the students in my year! Three years further study at Liverpool University helped me gain a 2:1 in Computer Information Systems. This was all made possible by Carmel Colleges’ foundation year for which I am very thankful.”

“It was necessary for me to attend Carmel College because I had too few A-level points to go directly on to the genetics degree course at The University of Liverpool. I found the course to be well run, the staff knew exactly what I needed to progress, and I made lots of friends most of whom I am still in contact with almost four years on. I have progressed well at University and recently graduated with a first class honours degree in genetics.”

“The University of Liverpool offered me a place at Carmel College after my disappointing A level results. Carmel College gave me a second chance allowing me to fulfil my goal of obtaining a Degree in Computer Science.

Carmel College was an enjoyable and rewarding experience for me. It gave me the foundations on which I obtained my first class degree from a highly regarded University.”

“I found out about Carmel College whilst I was still studying my apolyteion in Greece. Liverpool University offered me a place on their Foundation course which was based at Carmel College. In September I flew out to Liverpool and enrolled. It took a while for me to settle into a new way of life but I soon made friends. I loved the lectures and the tutors were all amazingly helpful and I was really pleased that everyone was ready to help me with the things I did not understand.”

Danae is currently completing a BSc in Astrophysics.

Dewi Jones was a mature student from North Wales who joined the Foundation Engineering course in September 2002.

“I’ve had an interest in engineering for as long as I can remember! I like to know how things work, why they go wrong and then how to fix them.

At first, I didn’t like the idea of going to University (starting a career with lots of debts and all that), so I decided to try the armed forces, to be more precise the Royal Air Force. After a while, I realised that it would take me years of working my way up to get where I wanted to be, so I left the RAF in order to study as a civilian.

Before starting the engineering course I was very apprehensive. The course contains a lot of mathematics, and I didn’t even have an A-level in maths! So as you can imagine taking the first step and choosing an engineering course was quite daunting.

The Engineering foundation course at Carmel College is a great way to get back into studying. You are taught exactly what you need for your University course and I found all of the tutors friendly. They are always prepared to explain things if you don’t get it the first time. Having passed the Foundation year I am now going to study Aerospace Engineering at the main campus next year.”

Carmel College has been a fantastic experience for me. The tutors are approachable and really have a passion for their subjects. They’ve helped me to hone my skills in Maths and Physics ready to start my degree. I’ve also met some life-long friends! 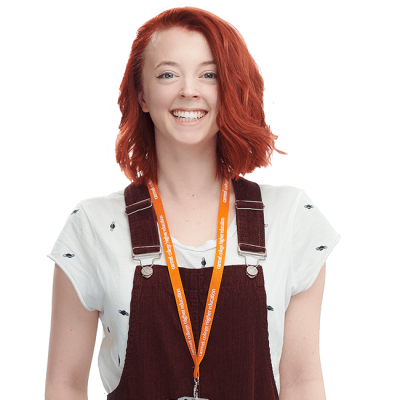 I have thoroughly enjoyed the Graphic Design Degree at Carmel and the skills I have developed will help with my degree and later in life. I’ve had some brilliant opportunities such as the internship I completed at British Vogue in London - a great experience and a real insight into the magazine industry! 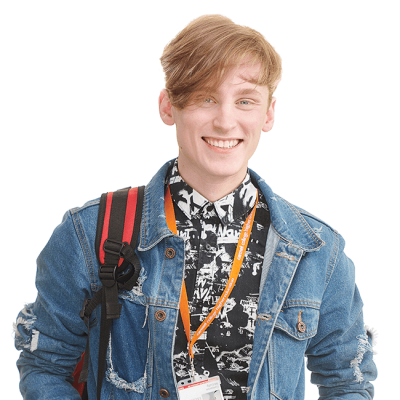 Carmel has helped me develop all the skills and scientific knowledge I need to succeed. The course is delivered by excellent subject tutors who genuinely care about your progression. Above all, I’ve been able to meet lots of friends and create many unforgettable memories. 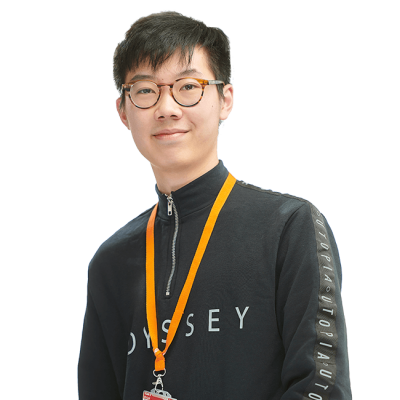 Carmel has been a fantastic route back into education! The enthusiasm from both staff and other students has been incredible. After Carmel, I’m hoping to progress to study Computer Science with Artificial Intelligence. 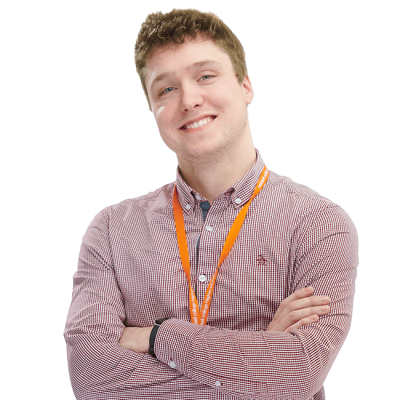 I was really nervous about going back into education and was worried that I wouldn't be "clever enough" to be able to pass the exams. However, the teaching and the support offered at Carmel has been fantastic! I have enjoyed all my lessons here so much that my confidence and my grades have really improved. 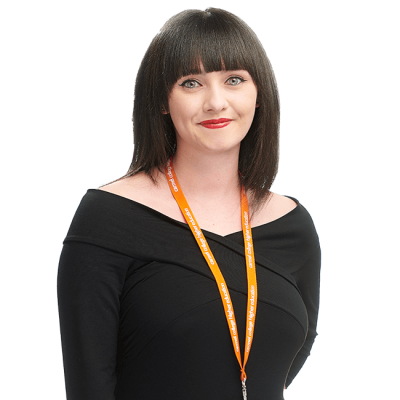 Carmel has made me a better student and has enabled me to take the next step towards my future career with the necessary skills and knowledge. After Carmel I’m hoping to progress to study Chemistry at the University of Liverpool. 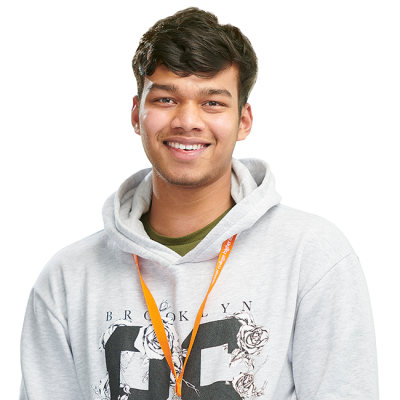 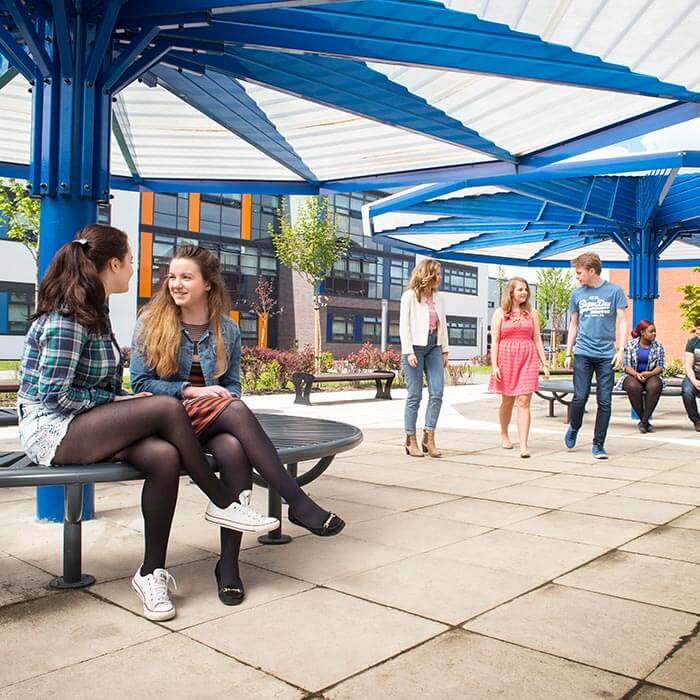 Year of the Rabbit

Gong Xi Fa Cai! Today we have been celebrating Chinese New Year- Year of the Rabbit!  Students at Carmel were able to take part in… Read More » 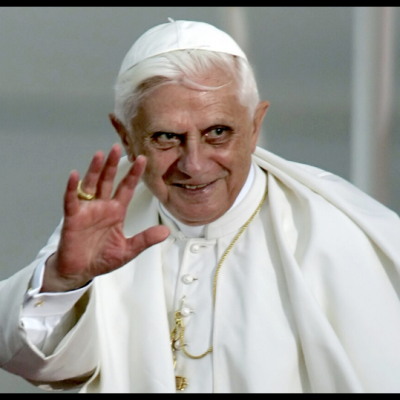 We join with the Catholic community worldwide today as Pope Francis presides over the funeral of Pope Emeritus Benedict XVI in St. Peter’s Square. We… Read More » 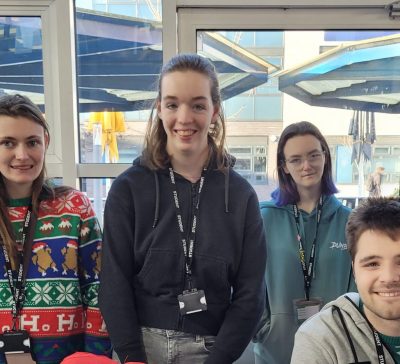 There’s been a lot going on in college this week in the lead up to Christmas! Earlier in the week we held our annual Christmas… Read More »

All News & Events
Tweets by CarmelCollege